The Stags travel to face Stevenage on Saturday for their latest Sky Bet League Two encounter (12:30pm kick-off). Here’s all you need to know ahead of the match…

Mansfield will be without long-term absentee Joe Riley (ACL) and forward Oli Sarkic (hamstring) for the game.

Stevenage manager Alex Revell will have a full quota of players to choose from for the fixture.

We last faced Stevenage back in October 2020 at One Call Stadium, a game that ended goalless in Nottinghamshire.

Our last visit to the Lamex Stadium, back in December 2018, resulted in a 3-1 win for the Stags, with defender Ryan Sweeney adding to a Tyler Walker brace.

The Stags have lost just once in their last seven outings, but six of these results have been draws.

Mansfield will be looking for a return to winning ways against a Stevenage side that recently saw a hugely impressive 12-match unbeaten run ended by way of a 1-0 defeat to Salford.

Stevenage’s recent form has seen them rise to 15th in the Sky Bet League Two standings, earning 53 points from 41 games.

The referee for Saturday’s match will be Samuel Barrott, assisted by Christopher Kidd and Samuel Ogles. The fourth official will be Garry Maskell.

As a mark of respect, this Saturday’s match against Stevenage – originally scheduled for 3pm – will get under way at the earlier time of 12:30pm.

This change has been made to avoid a clash with the funeral of HRH The Prince Philip, Duke of Edinburgh.

Mansfield Town picked up a big away victory with a 1-0 win at Stevenage FC on Saturday afternoon.

Ryan Sweeney opened the scoring for the Stags, who deserved their half-time lead. The defender stabbed home from a corner in the 23rd minute.

Stevenage dominated the second half, coming closest through Luke Norris in the 54th minute who forced Aidan Stone into a smart reaction save.

Boss Nigel Clough made just one change to the side that drew 1-1 with Newport County last time out as captain Ollie Clarke was dropped to the bench in place of Jamie Reid. James Perch took the armband for the afternoon’s early kick off.

Stevenage had their first dangerous chance ten minutes later as Joe Martin used his 6’3” frame to climb highest and head goalward, forcing Stone into a sharp save down to his right.

The game progressed in a fluid fashion, showcasing end to end football for the next 15 minutes as both sides looked to attack but earned a yellow card in a piece in the process, George Lapslie and Terence Vancooten entering the referee’s book for separate fouls.

Mansfield’s attacking outlook payed off in the 23rd minute through an unconventional source as centre-half Sweeney poked the ball home for the Stags from less than six yards after the ball fell to him from a corner, his fourth goal of the season.

The game continued in a slower fashion to which it had started but Mansfield continued to have the better of possession as neither side showed a clear sign of threatening the opposition goal.

With work to do, Stevenage came out the brighter side as the second half began. Martin’s cross-cum-shot landed on the roof of the net within the opening seconds of the final period and Jack Aitchinson fired high into the South stand after a stunning passing move from the home side in the 50th minute.

By the 54th minute, Stone had been called into action again, exhibiting more quick reactions as he got low to deny Norris from close range.

The siege continued and Stone made another good save in the 57th minute, this time diving at the feet of Elliott List who was running in from the left wing.

The game lost its fluidity and became very stop-start for the next 25 minutes but Boro’ maintained control of the game, reducing Mansfield to little more than hopeful, long-range efforts from Jason Law and then Sinclair shortly after. Despite this, the home side were also struggling in the final third and Stone remained untroubled since List’s chance.

The hosts had a couple of late shouts for fouls and a penalty in the closing minutes, but the referee Samuel Barrott waved them all away and the Stags earned their first away win since Southend in late January.

Mansfield’s attention now turns to Scunthorpe at home next Tuesday. 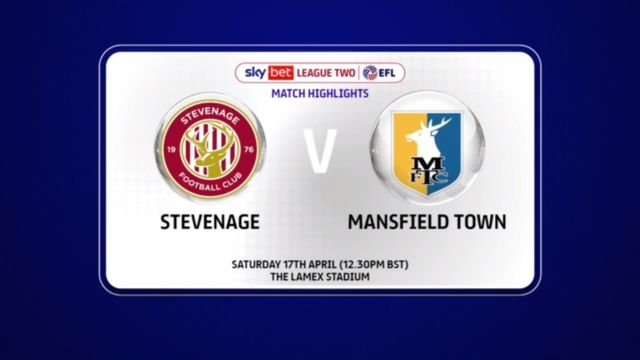 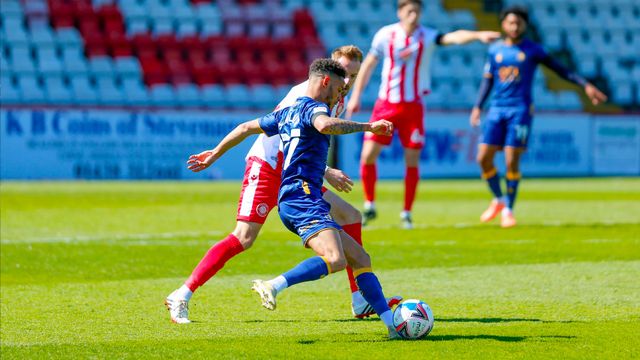