The Stags welcome Leyton Orient to One Call Stadium on Good Friday for a 3pm kick-off in Sky Bet League Two. Here’s all you need to know ahead of the game…

In Wednesday’s news conference, boss Nigel Clough confirmed that forward Oli Sarkic will be out for the remainder of the season with a hamstring injury.

The O’s are expected to be without defender Adam Thompson and forward Lee Angol for the game.

The Stags earned a well-deserved point after a good performance away to high-flying Tranmere Rovers on Saturday afternoon.

The hosts opened the scoring through Kaiyne Woolery before Stephen Quinn’s stunning volley made it 1-1.

Leyton Orient have won their last three matches in Sky Bet League Two, and their recent winning run has seen them rise to ninth in the league table.

We last faced the O’s away from home in mid-September 2020.

The referee for Friday’s game will be Robert Madley, assisted by Ivan Stankovic and Conor Brown. The fourth official will be Andrew Hendley.

Mr. Madley was on the list of Select Group Referees who officiate primarily in the Premier League between 2013 and 2018.

A goal in each half saw Mansfield Town fall to defeat against in-form Leyton Orient on Friday afternoon.

After being denied in a one-on-one by Aidan Stone, Danny Johnson made no mistake in scoring from a corner after five minutes.

Johnson had his brace in the second-half, pouncing on a stray pass to double the lead for the visitors.

Stags’ manager Nigel Clough implemented a single change ahead of the match, as George Lapslie replaced Harry Charsley in midfield.

With barely four minutes played, Orient had the first clear chance of the day.

Kellan Gordon’s under-hit back pass towards goal was gambled on by Johnson. As he charged into the area, his shot was saved magnificently by Stone.

However, Johnson made amends for that effort by gifting his side the lead from the resulting corner.

A curling cross was headed across goal by full-back Sam Ling, before Leyton Orient’s top scorer prodded the glancing ball home from just two yards out.

With a quarter of an hour played, Mansfield came close to an equaliser.

George Maris threaded a delightful pass to cut open the Leyton Orient defence. Lapslie kept onside and made the right run into the box, however his first touch let him down and he could not retrieve the ball in time.

The amber and blue continued their search for a leveller, with Law wriggling between challenges in the area on 22 minutes, only to have his eventual goal-bound effort blocked by Joe Widdowson.

Jobi McAnuff’s team ramped up the pressure as the first-half progressed.

Winger James Brophy cut inside from the left wing and found his way into the six-yard box. The final shot would have nestled into the net, had it not been for a combined block from three Stags’ defenders to turn it behind.

With a couple of minutes remaining in the first instalment, the away team’s lead was close to being doubled.

Interim player-manager McAnuff swung a looping cross into the area from the right flank. Clay rose highest from eight yards out, but his header caused no problems for Stone as it flew high over his bar.

Mansfield had a sight on goal as soon as the second-half started.

Lapslie burst into the area and picked up a low cross from Gordon, only for his driven shot to be straight at Orient goalkeeper Lawrence Vigouroux.

Neat build-up play between Jordan Bowery and Mal Benning resulted in an opportunity for Maris to strike from 20 yards, but he was unable to keep the attempt low enough to challenge Vigouroux.

On 71 minutes, the Stags had another half-chance, courtesy of a long ball from skipper James Perch.

The pass floated towards Jamie Reid in the box, but centre-back Jamie Turley won the battle and headed back to Vigouroux.

A Jason Law corner was then whipped into Farrend Rawson, however his header was subsequently nudged over by Turley.

For all of the Stags’ possession, they fell two behind on 76 minutes.

A weak ball back to Stone from Reid was intercepted again by Leyton Orient’s Johnson, who made no error in sliding the ball under the ‘keeper to increase his league tally to 18.

Mansfield fought hard to turn the tide in the game, with Ryan Sweeney heading a Perch cross back across goal, only for Vigouroux to claim the ball before it reached Bowery.

That proved to be the final opportunity for either side, as the referee signalled for full time.

The Stags will look to return to winning ways with Monday’s journey to Exeter City.

ASSISTANTS: I. Stankovic and C. Brown 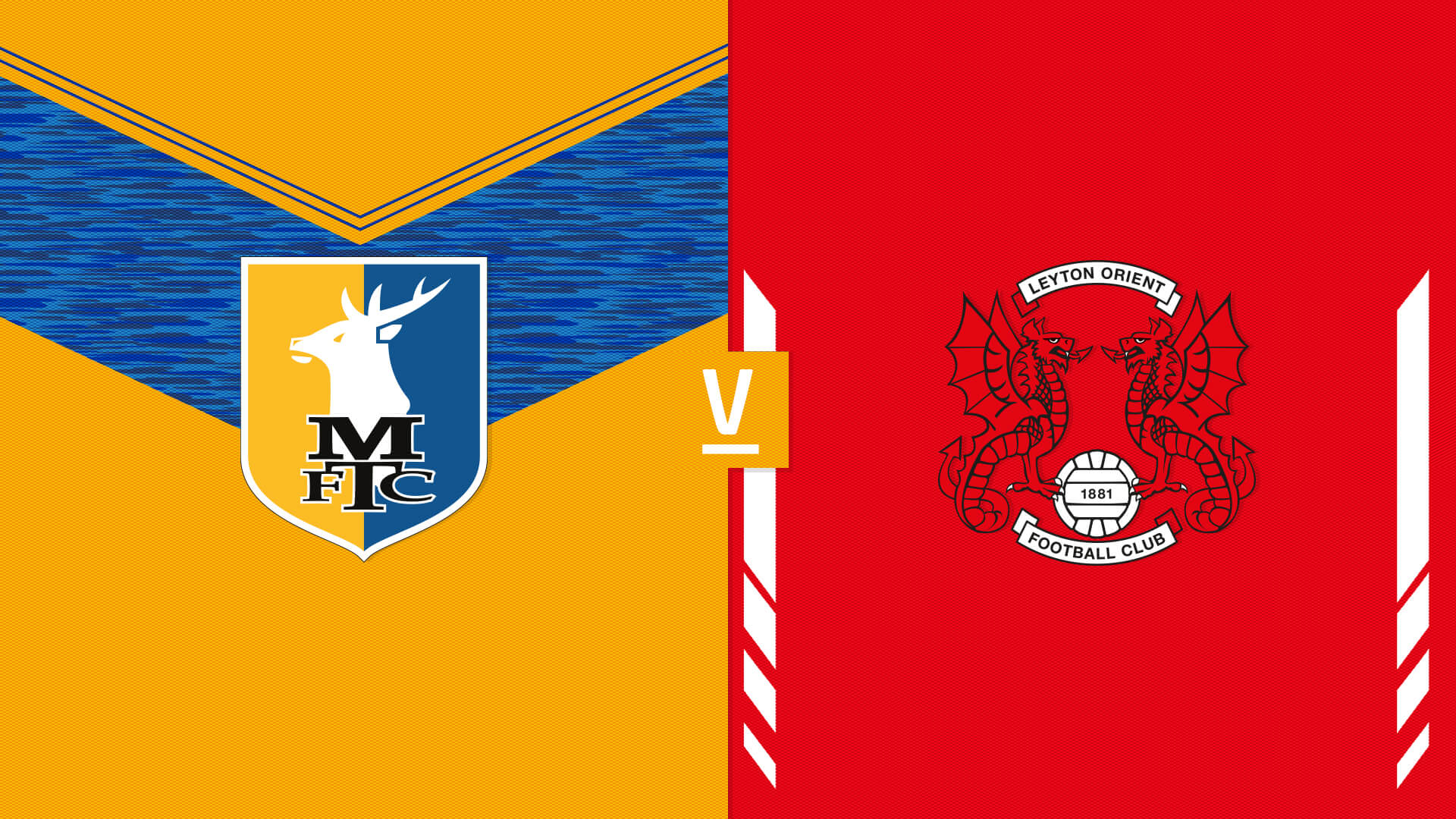 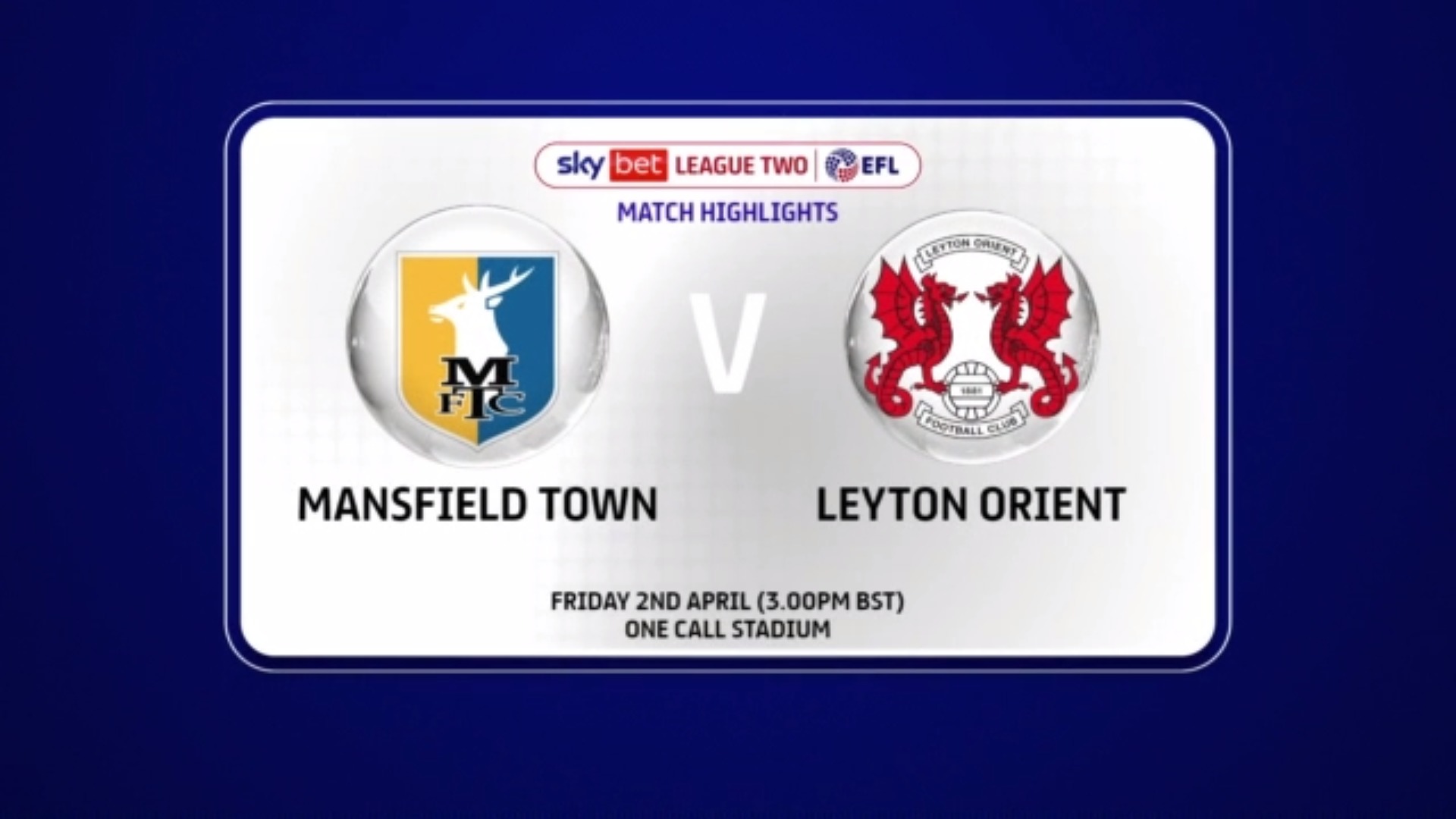 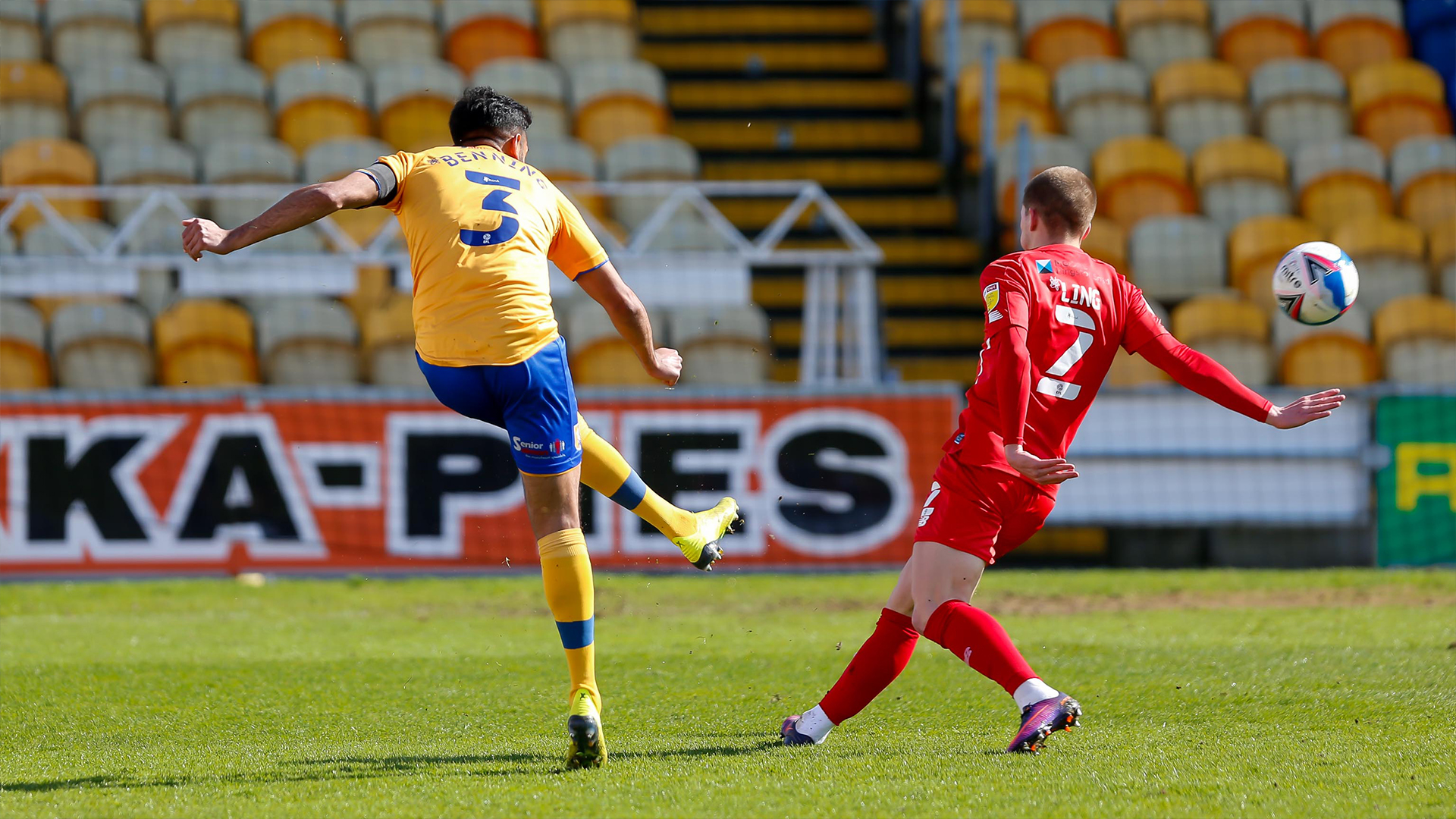