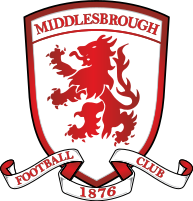 Are you sure you want to delete this event?

Mansfield Town welcome Championship favourites Middlesbrough to One Call Stadium on Wednesday evening (7.30pm kick-off) in their second pre-season friendly in as many days.

Stags are expected to field a side containing players who weren't involved in last night's 4-0 victory over Stocksbridge Park Steels.

Manager Steve Evans said post-match he will 'chop and change' the Stags' line-up for each of this week's four pre-season matches.

Winger Alex MacDonald remains the only injury concern, as he sat out Saturday's game against Sheffield Wednesday with a slight hamstring complaint.

Boro will hope to hand a debut to record signing Britt Assombalonga, who joined the club for £15m from Nottingham Forest. The former Posh striker has trained this week following his move.

Stags have enjoyed two worthwhile run-outs since returning from the pre-season tour of Malta.

Saturday's game against Sheffield Wednesday resulted in a 3-2 defeat, however 23 first team players appeared for Steve Evans' men at One Call Stadium.

Defenders George Taft and Rhys Bennett got on the scoresheet for the Stags.

The boss then upped the ante on Tuesday evening as nine players completed their first 90 minutes of the pre-season campaign in a 4-0 victory over Stocksbridge Park Steels.

Striker Danny Rose bagged a brace in the first half, before winger CJ Hamilton added two of his own after the break.

Boro have thus far recorded a draw and a win from their two pre-season fixtures.

They faced League One side Oxford United during their warm weather training camp in Portugal, which ended 0-0.

Garry Monk's men's final game of the trip was against League Two side Chesterfield, and Boro ran out 2-0 winners.

Frontman Cristhian Stuani put Boro ahead before striker Patrick Bamford stepped up in the second half to convert a penalty.

The two sides haven't met since the 2007/08 season when Boro emerged as 2-0 victors in an FA Cup fourth round tie.

Stags at the time were the lowest rank side still in the competition, and they ran their then-Premier League opponents close throughout the encounter.

The North East side went ahead after 15 minutes when Don-Gook Lee steered an effort into the bottom corner, but Stags fought back and had chances of their own as the impressive Michael Boulding struck a shot against the bar before seeing a header well-saved by Mark Schwarzer in the Boro goal.

However, Stags' skipper Jake Buxton deflected a George Boeteng cross into his own net to seal the tie in Boro's favour.

Ross Joyce will be the referee for the fixture and he will be assisted by Nigel Smith and Hristo Karaivanov. Andy Dallison will be the fourth official for the occasion.

Mr Joyce's last game in charge of the Stags was our 2-1 win over Newport County in February 2017.

Alternatively, supporters can head to www.stagstickets.co.uk and purchase their tickets online.

Supporters are reminded that the Quarry Lane End will be closed for this fixture.

Middlesbrough supporters will be able to purchase tickets on the night of the game by paying in cash at the ticket booth outside the North Stand.

Ticket prices for visiting fans are as above.

The Sandy Pate Sports Bar is open now and they will be serving the matchday menu up until kick-off at 7.30pm.

Stags' fans with a ticket in the upper tier of the Ian Greaves Stand will have access to the Kevin Bird Suite to enjoy a pre-match drink from 5.30pm. The bar will be serving both alcoholic and non-alcoholic drinks.

For those who are unable to make Wednesday's game, you have a number of options to choose from in order to keep up-to-date with the events at One Call Stadium.

We'll be publishing blow-by-blow updates on both our official twitter feed and the match centre on mansfieldtown.net.

To access our twitter feed, head to twitter.com/mansfieldtownfc and the match centre can be accessed by clicking here or by clicking the 'match centre' link on our home page.

Furthermore, full-match commentary will be available for subscribers on iFollow Stags from 7.20pm. To receive the commentary on your device, please sign up to iFollow prior to tonight's game.

All post-match reaction will be published on our official website, www.mansfieldtown.net, and on iFollow Stags.

Mansfield Town held Premier League hopefuls Middlesbrough to a 2-2 draw in an entertaining pre-season friendly at One Call Stadium this evening.

Midfielder Jonny Howson's own goal and a fine finish from striker Lee Angol saw the hosts take a 2-0 lead, but the Championship outfit responded with two first half goals of their own through winger Mikael Soisalo and defender Dael Fry.

The second half offered very little in terms of chances as Steve Evans' side put in another strong performance against Championship opposition.

After Tuesday evening's run out against Stocksbridge Park Steels, boss Steve Evans started with a completely new XI as he looked to give the remainder of his squad 90 minutes.

The visitors left out £15 million signing Britt Assombolonga, who arrived from Nottingham Forest this week with the forward not making the trip to north Nottinghamshire, but Boro's side did contain first team regulars such as defender George Friend, attacker Gaston Ramirez and midfielder Grant Leadbitter.

It was the Stags who made the better start as their early pressure caused Middlesbrough to make mistakes with forward Omari Sterling-James picking up on a loose ball, before seeing his shot blocked by defender Alex Baptiste.

Visiting 'keeper Dimi Konstantopolous was in amongst the action early on as he had to be on his guard as defender Hayden White received the ball from a quick Paul Anderson free-kick, before drilling a low cross into the box which the Greek did well to hold.

Konstantopolous was then a tad fortunate as his poor clearance fell to the feet of midfielder Will Atkinson, but he chose to pass the ball instead of opting for a shot with the 'keeper off his line.

Middlesbrough had their first sniff of goal on 12 minutes as forward Patrick Bamford collected the ball down the Stags' right before seeing his powerful shot palmed away by 'keeper Bobby Olejnik.

Stags' early pressure eventually paid off a minute later as a well worked free-kick involving midfielder Joel Byrom and full-back Mal Benning saw the latter's cross from the left sliced into his own net by Jonny Howson.

Winger Paul Anderson was involved at the other end soon after the restart, as he was on hand to clear defender Dael Fry's header off the line after he rose above his man to direct Ramirez's corner towards goal.

After going close to conceding, Stags then doubled their lead as forward Lee Angol calmly slotted the ball past Konstantopolous into the corner.

He received a defence-splitting pass from Anderson and he took one touch before calmly stroking the ball past the Boro 'keeper.

Stags were 2-0 ahead and more than good value for their lead.

However, Boro responded immediately as Bamford's played the ball down the right for Soisalo and the young winger rifled it into the roof of the net having got to the ball before Mal Benning down the Stags' left.

The Championship side were finding their feet as they looked for a second but Olejnik made a smart save to his left from Howson's low drive from the edge of the box, following Leadbitter's back flick.

But Olejnik could do very little a minute later as Fry nodded in Ramirez's left wing free-kick from a matter of yards to bring the game all square.

After a frantic opening half an hour, the game began to calm down but Olejnik had to be alert to palm away Soisalo's deflected cross.

Leadbitter and Ramirez were enjoying plenty of possession in midfield for the visitors but neither side was able to create any more meaningful chances before the break.

With no changes for the Stags at the break, they started the second half as they did the first as Benning had the first notable chance, firing wide of the near post after defender Cyrus Christie failed to clear Anderson's cross to safety.

It was then the visitors turn to go close as fine work down the right between Christie and Soisalo ended with the latter pulling the ball back to Ramirez, but the Uruguayan blazed over the crossbar from ten yards.

The game began to slow down as Middlesbrough seemed content to pass the ball around without troubling Stags' back line.

On the hour mark, Sterling-James went very close with a fine half-volley from the edge of the box with the ball whistling narrowly over the upright after Byrom's free-kick was only half-cleared.

As the game entered the final ten minutes, neither side really threatened to nick a winner, although Stags' trialist Jordan Slew fired one over the crossbar from 25-yards after working himself some space.

There was no more goalmouth action in the remaining moments of the game as Stags continued to contain Garry Monk's side well.

Stags will now travel to AFC Stamford on Friday before welcoming Nottingham Forest to One Call Stadium on Saturday to end a busy week for Steve Evans' men.