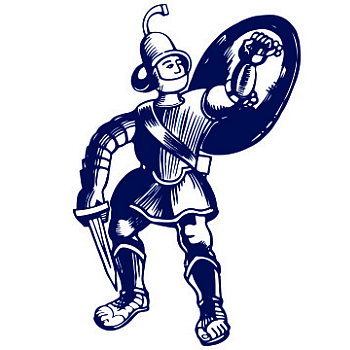 Are you sure you want to delete this event?

Mansfield Town continued their pre-season preparations with a comfortable 4-0 victory against Matlock Town at Causeway Lane.

With less than a fortnight until the League Two opener at Crewe Alexandra, the friendly provided an excellent opportunity for the first team to get valuable minutes under their belt.

Steve Evans, the Stags' boss, fielded a strong team against the Evo-Stik Premier League North outfit, including eight summer signings and was rewarded as his side showed their superiority.

Striker Lee Angol followed up his goal against Middlesbrough last Wednesday with a double, while midfielders Will Atkinson and Jacob Mellis were also on target for the amber and blue.

Matlock, meanwhile, were forced to play much of the second period with ten men after Callum Lloyd was shown a straight red card for a bad tackle on Mellis.

Right-back Hayden White forced Phil Barnes into a fine save just three minutes in when he unleashed a fierce drive high towards goal. From the resulting corner, Danny Rose rattled the crossbar with a superbly struck volley as Mansfield exerted their dominance in the opening stages.

Mellis, who arrived from Bury this summer, showed more than a few glimpses of why Evans opted to bring the midfielder to One Call Stadium with an array of passing that continued to unlock the home defence.

Having nearly fallen behind from a rare Matlock attack, it was the Stags who made their early pressure count as Angol converted from close range 15 minutes in. The new arrival from Peterborough United tapped home into an empty net after Paul Anderson unselfishly cut the ball back at the far post following some intricate build up play.

Mellis continued to terrorise the Gladiators’ backline with his magnificent range of passing, before coming close to doubling the lead as his deflected effort flew just past the axis. The 26-year-old then almost turned provider for defender David Mirfin, who somehow bundled the ball over the crossbar from inside the six-yard box.

Midway through the first half, Rose came close to adding to his brace against Stocksbridge Park Steel last week as he latched onto a quick throw from Mal Benning. The forward jinked past Joe Doyle-Charles before dragging his shot just wide of the far post.

Matlock’s big summer signing Shaun Harrad showed his football league quality as he expertly held the ball up for striker partner Ted Cribley, whose deflected effort was brilliantly saved by Bobby Olejnik down to his left.

Mellis then saw his free-kick saved comfortably by Barnes, before Rose’s flicked header drifted wide as the referee brought the first-half to a close with the Stags 1-0 up.

Mansfield came close to adding a second five minutes after the interval as Angol teed up Anderson, but his close-range effort was smuggled behind by half-time substitute goalkeeper Jordan Pierrpoint. Rose then saw his looping header cleared off the line before Harrad got by Mirfin at the other end and fired wide of the far post.

A fierce challenge from former Mansfield youngster Callum Lloyd on Mellis sparked a skirmish 12 minutes into the second half, and the Matlock midfielder was duly dismissed by referee Richard Eley.

The Stags looked to make their numerical advantage count at the hour mark, but Rose was unable to find a way through during a frantic goalmouth scramble.

Patient build-up play was almost rewarded midway through the second half as Anderson’s terrific curling strike thundered off the crossbar following a fine passing move involving Paul Digby and the impressive Benning.

The visitors eventually found the second goal that their dominance deserved as Benning and Rose combined to great effect on the edge of the area, with the latter rolling the ball across for Will Atkinson to slot home inside the six-yard box.

Rose then had a glorious chance to make it 3-0 when he latched onto Benning’s through ball, but the striker saw his lob sail harmlessly over the bar with Pierrpoint committed.

But the Stags wouldn’t be kept at bay for long as Mellis was rewarded for a fine display when he converted from close range after Atkinson’s cut back, before Angol raced clear to slot home his second of the evening as the visitors scored twice in as many minutes to complete the victory.